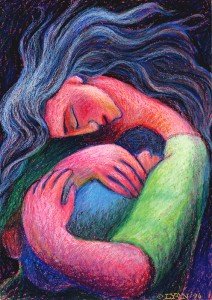 O Mama Mama, How I Miss How You Used to Hold Me – pastels on paper

I use both soft and oil pastels occasionally, because it’s like painting without the mess. You can see the work I’ve done in pastels HERE.

I was amused to find that, in New Zealand, rather than saying pas-TEL, they say PAS-t’l, almost without the ‘e’ – never could get used to that!

Pastels were invented at the end of the fifteenth century in northern Italy, and it is thought that Leonardo da Vinci was the first artist to use them, although none of his pastel drawings are known today.

Chalk pastels are made by blending dry powdered pigments with a nongreasy liquid binding medium such as gum arabic.

The resultant paste is usually rolled into a stick and then dried. A wide spectrum of pastel colors is possible.

By the eighteenth century, some artists endeavored to imitate the power and richness of oil painting through a more painterly style of draftsmanship, so that many of the finest pastels of the period are known as “pastel paintings.”

Oil pastels are considered a fast medium because they are easy to paint with and convenient to carry; for this reason they are often used for sketching, but can also be used for sustained works. 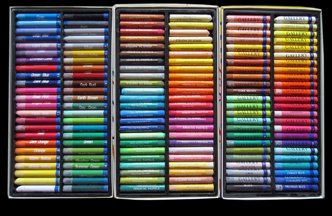 Unlike “soft” or “French” pastel sticks, which are made with a gum or methyl cellulose binder, oil pastels consist of pigment mixed with non-drying oil and a wax binder.

The surface of an oil pastel painting is therefore less powdery, but more difficult to protect with a fixative.

Oil pastels provide a harder edge than “soft” or “French” pastels but are more difficult to blend. Until the addition of a stabiliser in 1927, oil pastels came in two types: winter pastels with additional oil to prevent hardening and summer pastels with little oil to avoid melting.

Some examples of old-timey pastels 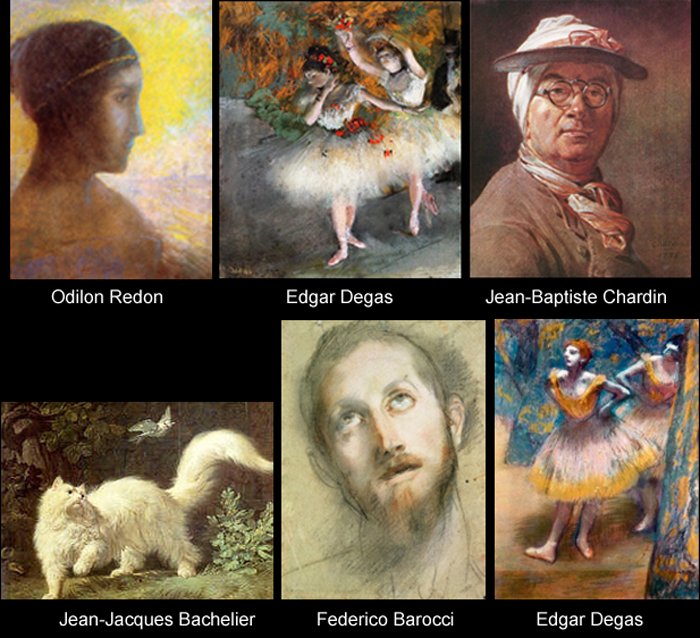