This is an article I read several years ago about a sand mandala that was to be built at the Museum of Fine Arts in Houston.

Art Paves the Way to Enlightenment

Ever since human beings first started pondering the cosmos, art has emerged as a physical and visual affirmation in a belief of a superior being. 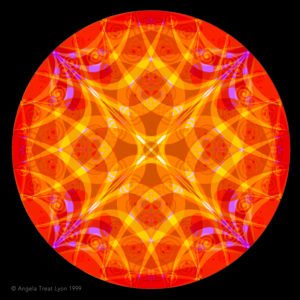 Works such as Michelangelo’s Creation and Van Eyck’s Annunciation have become icons of religious imagery.

In contrast, art by Tibetan Buddhist monks actually invites the divinity to descend.

The Mandala of Hayagriva… is meant to evoke the deity to come down and inhabit the piece, said Amy Price, MFA curatorial assistant, Asian arts.

Created originally in chalk, a mandala is a sacred space that is entered in the mind. Sand mandalas are thought to have originated in India and were used as part of the initiation of their disciples. The earliest ones were crude, large circles within which practitioners sat while meditating… a mandala is a model of the perfected realm in which a Buddha lives.

The point of art in Tibetan Buddhist culture, explained Price, is to reinforce its Four Noble Truths: 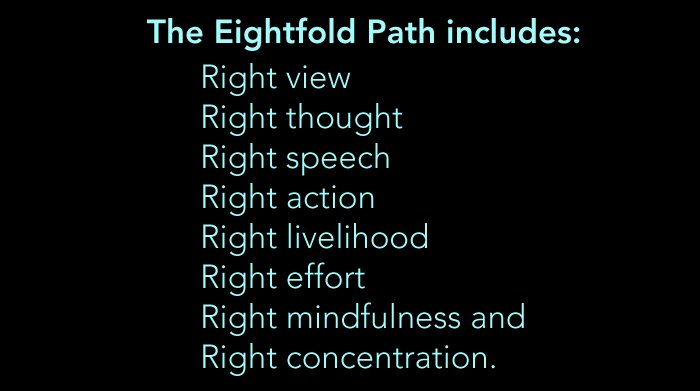 All mandalas contain a thought component [an intent], whereby a meditator uses the mandala to visualize a succession of perfected realms and beings. Mandalas [were originally] … created with paint or colored sand in two dimensions. These mandalas are considered the most important ones in preparing novice Buddhists to study the means of achieving enlightenment. 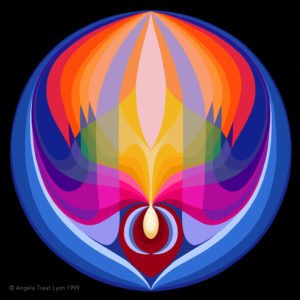 The making of a mandala is a form of moving meditation.

It is the slow, meticulous movement of creating the mandala that reinforces the Buddhist belief in emptying the mind and being totally in the present moment.

Seeing a mandala will benefit even the casual onlooker.

The onlooker will absorb the mandala and be guided more quickly toward enlightenment.

But the greatest benefit comes to those who meditate toward the mandala, focusing their imagination to mentally build it into a detailed, three-dimensional structure.

“This exhibition of Tibetan art represents a singular opportunity to get a glimpse of actual monastic life which is rarely seen outside of Tibet,” said Peter Marzio, director of the Museum of Fine Arts, Houston.

“Also, the exhibition complements works of Tibetan art in the museum’s permanent collection, now on view in the Asian Gallery.”

A mandala becomes a building of faith and patience, much like the raising of a church or a prayer or a reciting from the Bible, Koran or Torah. In line with many religions, the mandala, when finished, is a colorful wonder, only to be swept away.

Desanctification and deconstruction of the mandala takes place with the vivid sand being deposited in a body of water. Only a small amount of the mandala is kept and given to the participants.