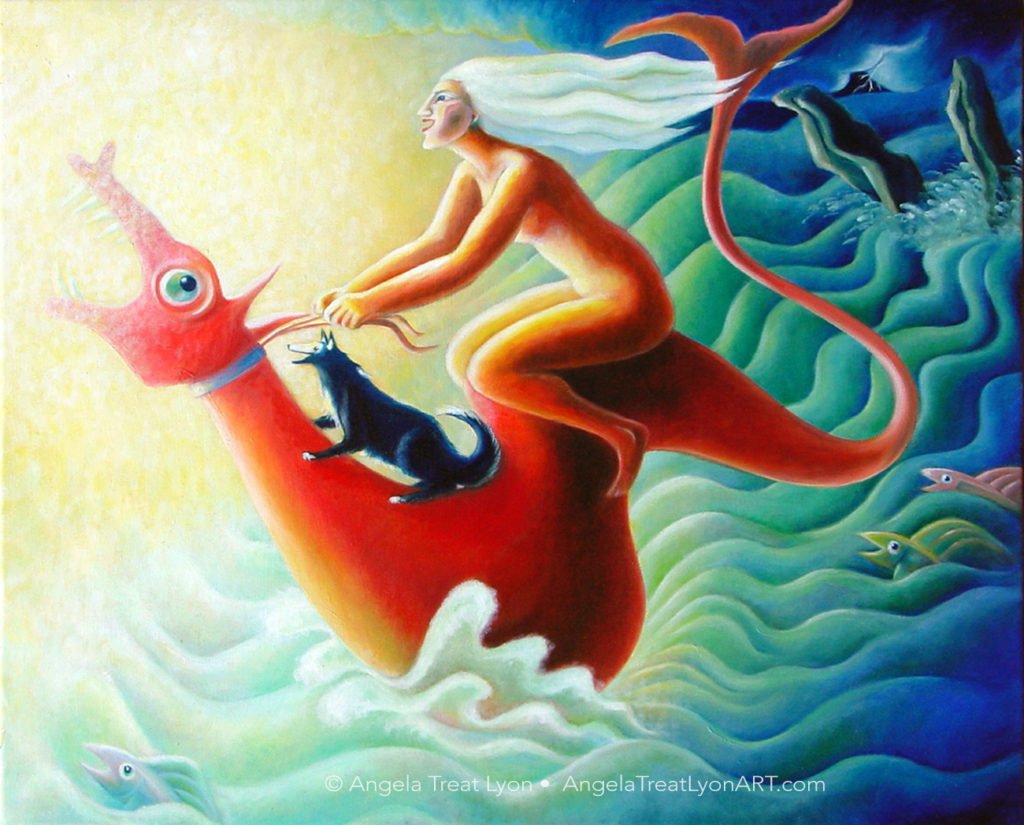 When I left New Zealand to come back to Hawaii in 2002, I was delighted to be back in the States, but also terrified that I wouldn’t be able to make it. I had almost no money with me, so I had to take a job.

The only one I could find was thrusting time share brochures into the unwary hands of tourists on the streets of Waikiki. 7 hours a day, 7 days a week, at 7 dollars an hour. In the heat. With one half hour break.

At the end of 3 months, I couldn’t take it anymore. I was vomiting every morning and had a case of intestinal un-fortitude so bad I could hardly get out of the house. The job was making me physically ill. So I called my boss and quit.

Talk about scary! How would I make it now?

That’s when I began being more serious about using the expertise I had built in New Zealand using EFT, or Tapping, and started coaching people like me – people who needed confidence and clarity and inspiration.

It truly was freeing, and I’ve been coaching artists, authors and entrepreneurs ever since.