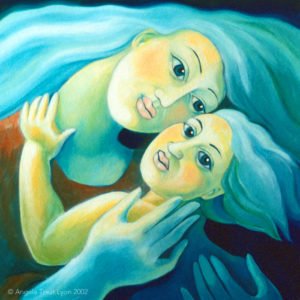 Oils: a painting medium in which pigments are mixed with drying oils, such as linseed, walnut, or poppy.

“Though oils had been used [as a painting medium] in the Middle Ages, it was not until the van Eyck brothers in the early 15th century that the medium became fully developed.

“Oil painting reached Italy during the 1460s and by the end of the century had largely replaced tempera.

Artists preferred oil painting for its brilliance of detail, its richness of color, and its greater tonal range.”

(thank you for definition to: wga.hu/index1.html)

I like the sheer rich delicious texture, smell and feel of painting in oils. Acrylics, which use a plastic medium, can’t compare, although very handy because of the much faster drying.